It has been over six months since Games Workshop released their Contrast Paints range. The hype was too real with the claim that "one thick coat" can help you paint your miniatures fast with a satisfactory finish.

I won't discuss this too much however I am not the biggest fan of the "one thick coat" as I think it works for some colors and some colors just look saturated and flooded. Saying this, Contrast Paints might be the savior for many painters. 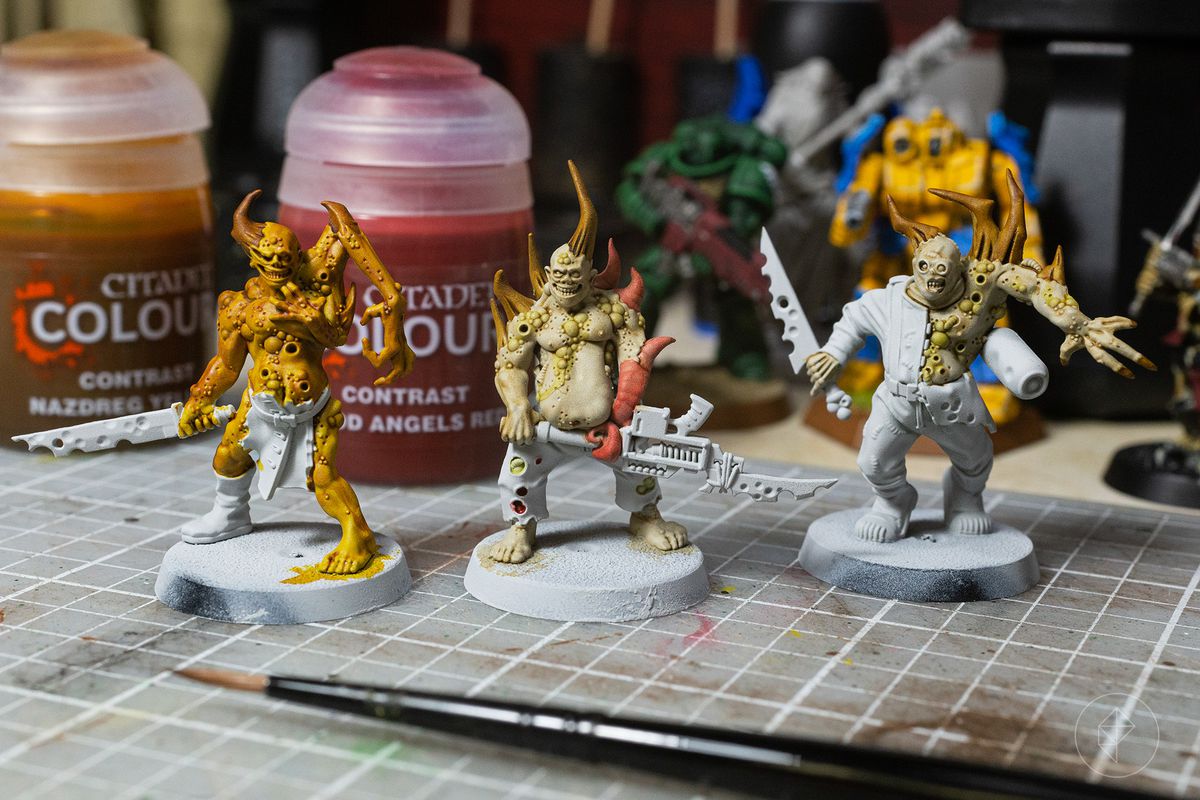 I've experimented a little with contrast paint and overall I'm not satisfied by applying it directly over the primer recommended.

However, I have found a very good use for them, namely as a glaze or wash more of the same color with contrasting paint. My advice is to try it. For example, I Frostgrave Plastic wizard and his apprentice based with, Citadel Regal Blue, followed by highlighting courageous Ultramarines Blue, Lightning Bolt Blue and white couple is added at the end.

After drying I thinned down Citadel Contrast Blue Cat Talassar with contrast media with a ratio of about 50/50. When I painted red, I just went to Vallejo Vallejo Dark Red followed by Scarlet and washed with Contrast Red Angel Blood Paint straight from the pot. I think it looks rather nice.

So get painting and doing some experiments with Paints Contrast. I think they are one of the most over-hyped by Games Workshop, but they have their use depending on your skill level and patience. I am far from finished with them!